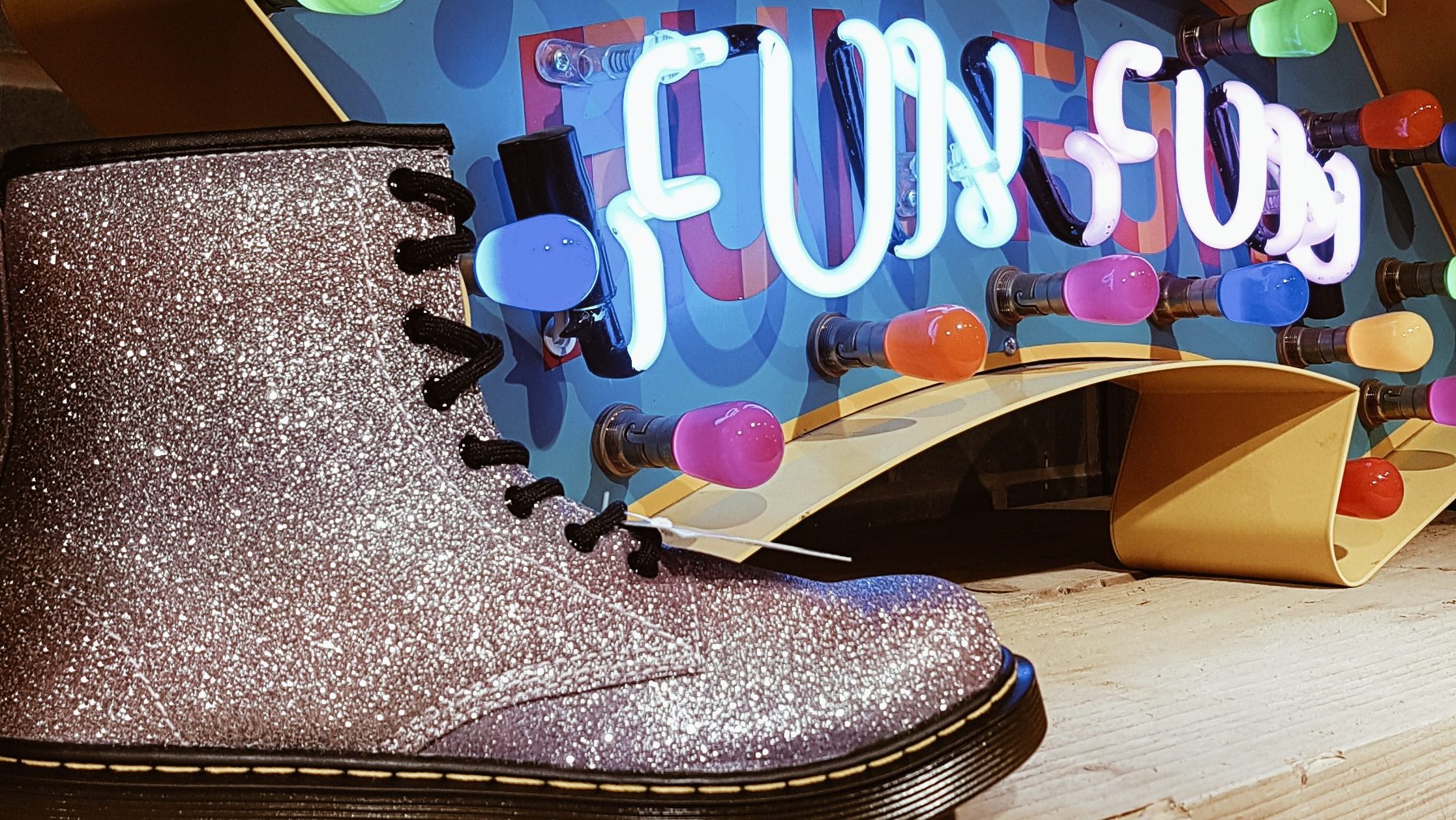 Over the past couple of weeks I have been so ill and had to cancel almost everything. Including an awesomely creative shoot with my favorite photographer come blogger, Rugged Wisdom. (He took the cover photo above!) Though watch this space because we have rearranged and I cannot wait!

Though there are plenty of events I missed out on there were still a couple I was able to show my face at.

The first one being the launch of Jake Shoes in Altrincham. I’ve been to a couple of shop launches now but this one was one of my favorites. A stunning shop complete with a pool table & a bright orange Smeg fridge filled with beer & prosecco, theres even a claw machine which was not just for the launch, it actually forms part of the store. Although, for the launch it was rigged that everyone was a winner first time. Everyone except me that was. It took me not one, not two, not even three attempts but six! SIX TRIES! I did win a £10 voucher though so happy days! Thanks Jake shoes! My favorite Spanish friend, Pablo won a pair of shoes too!

There was a also a pop corn machine, drinks and nibbles which added a nice  fair ground theme which I was totally on board with.

Looking round the store I was actually really impressed at the footwear selection they had available. It was quite different to many other stores. The footwear which stole the most attention for me had to the Hunter Wellies though! Chris and I have just moved to the countryside and we have already ruined fair too many pairs of shoes whilst walking the dog! Also, there was a pretty amazing collection of Lelli Kelly trainers, if only they did my size I would definitely be rocking those babies in the gym.

Between being ill and getting ready for Christmas I haven’t found the time to go back and treat myself to a pair of shoes using my gift card win, but I cannot wait to go back. Might even have a cheeky go on the claw machine, see if I can win myself some furry dice for my car. psych. those things hate me and never let me win!

Here’s a couple more snaps from this fab launch..