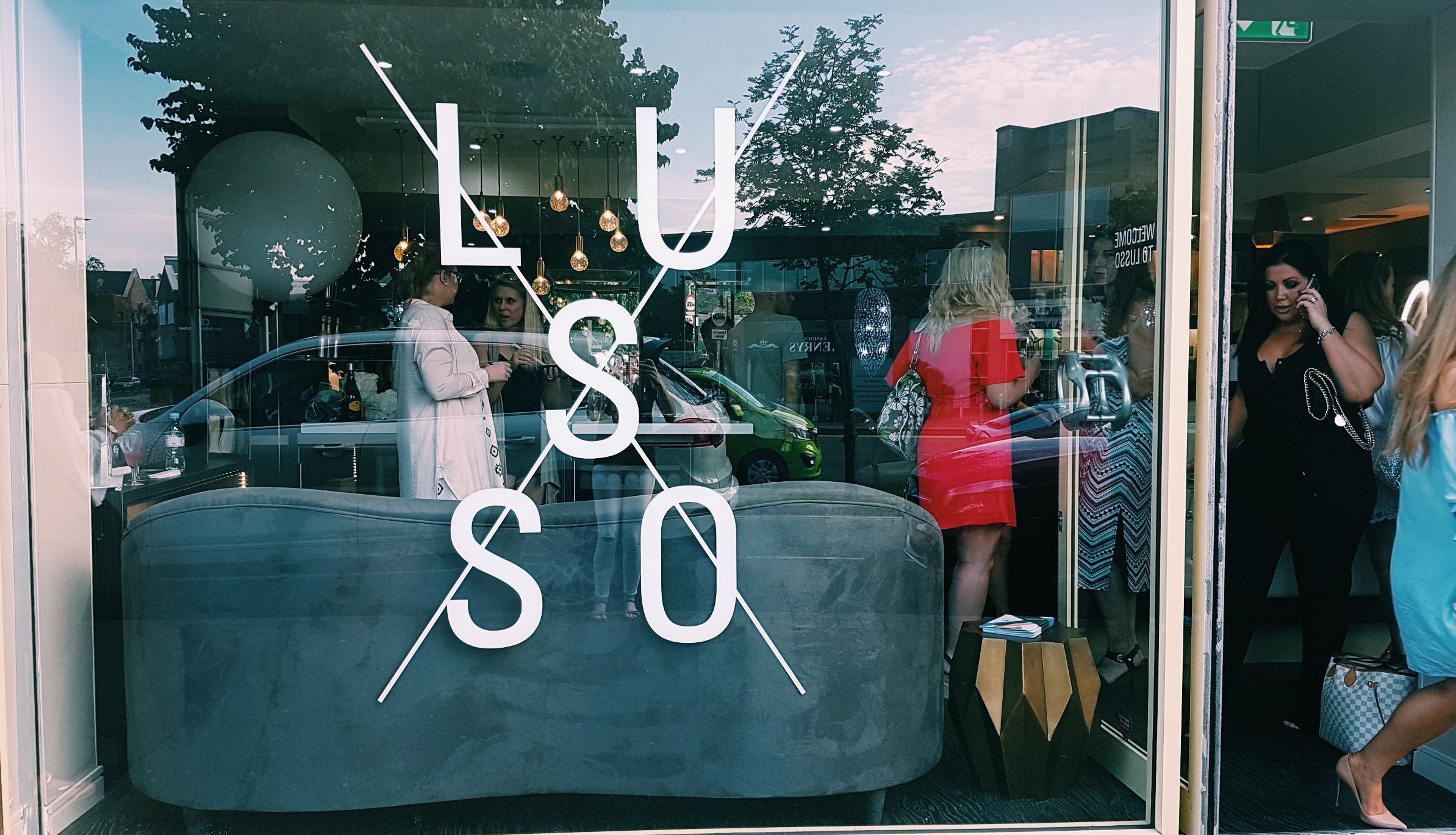 An evening of beauty demonstrations, great music and even better people – don’t mind if I do.

Summer Sessions at Lusso was a fabulous way to start the summer. Vacay vibes on point!

Not only did I receive an invite to attend this gorgeous event but I was also invited to try a Cryolipolysis, also known as ‘fat freezing‘, treatment. Before I was able to give my response though, this did require some googling as this was not something I had come across before.

Turns out it is a relatively simple non-invasive way of shifting stubborn areas of fat by isolating a particular areas of fat and decreasing the temperature in a very controlled manner. There are no needles, no side effects and the results are pretty instantaneous. It seemed fairly risk free so, I decided to go along and find out more.

Being typically terrible with directions, I made locating the salon alot more difficult than it needed to be. Parking at the opposite end of the road in which it is situated and then continued to walk in the wrong direction, I eventually found myself on the correct path and from the moment that rose gold sign came into view, I was in love.

Walking through the door to the already packed out salon, I was greeted by the summer sounds being blasted from Carlton Delingo’s decks and was promptly handed a glass of Sangria. For a moment, I was definitely questioning my location. Had I walked through the door to Spain? Realising that the Sangria had to be swapped out for a bottle of water quickly brought me back to reality though (drinking and driving isnt cool kids).

After being given a tour of the salon which from the flower wall, to the rose gold accents is honestly the most stunning salon I have ever seen, seriously, this place is an art deco haven; it was consultation time.

During the consultation, it was decided that 3D-Cavitation would be a more appropriate treatment. A conclusion reached because my stomach, the area I desired the treatment carrying out on, did not so much have ‘pockets‘ of fat, more a general layer of fat. Fat Freezing is more suited to areas of pockets of fat such as ‘bingo wings‘, double chin, ‘under butt fat‘ etc.

Again, 3D-cavitation was not something I had never heard of before but post consultation, I felt pretty confident about it and decided to go ahead with the demonstration.

There are a couple of other names which you may have heard of such as cavitation liposuction, lipo-cavitation, ultrasonic liposuction, non-invasive ultrasonic fat removal (NUFR) which are the same process from what I can gather.

Time for the only bit I was dreading; lying on the treatment table and whipping out my belly to a room full of people.

Step 1 of the treatment is to cover the desired area in gel, much like that used when going for an ultrasound. Which makes sense given that the process works by transmitting ultrasounds waves to the selected fat cells. The cells are not structurally capable of withstanding the waves and this causes them to effectively ‘burst’. Sounds extreme I know, I was panicked about feeling the cells actually burst but the process was totally painless. It also causes absolutely no damage to surrounding cells, organs or vascular matter.

Once the fat cells have been altered to a liquid form they are then picked up and disposed of just as the body would normally do so. They will either be used as energy or metabolized through the liver, in the same natural detoxification manner as usual. An added benefit of utilizing the bodies natural means discarding fat is that it actually leaves the body rather than migrating and being deposited in a different area.

As I was only there to demonstrate the process this evening, my treatment only lasted for around 5 minutes, long enough to give everybody an indication as to what to expect should they decide to have it done. If being done properly, each session would last for 30-45 minutes and a series of 4 sessions per area are recommended in order to achieve maximum results which can be expected to be around 4cm total loss through a 25-40% reduction in fat cells! Incredible right?!

There is one aspect however, that you cannot experience unless you are actually having it done and it is the most bizarre. As soon as the paddle makes contact with your body, you can actually hear the vibrations quite clearly in your ears. Not loud enough to overpower outward sounds but nonetheless, it can definitely be heard!

The demonstration definitely served its purpose and sparked an interest around the room.

The only thing I would say and I cannot stress enough is that  3D-caviation is not a replacement for a healthy lifestyle nor a ‘quick way to drop a dress size’. The treatment is a fat loss treatment, not to be confused with a weight loss treatment. The difference being losing weight causes a reduction in overall body composition which will not neccesarily be restricted to fat. Losing fat causes a reduction in the size of fat cells.

The intention behind this procedure is that it is used as an aid to promote a change in lifestyle. For optimum results and to maintain them it is to be carried out in conjunction with exercise and good nutrition. It is not a way to treat obesity. Failure to carry out a balanced lifestyle alongside will mean that the results cannot be maintained and therefore render the whole process rather pointless and inefficient, not to mention a total waste of your hard earned money. It is primarily aimed at those who have had a significant weight loss or lifestyle change and are struggling to lose those last bits of fat.

I chose to go ahead with the treatment for a number of reasons, mostly because I was curious but also because it serves as a compliment to the life I lead. At present, my training is 6 days per week and my diet is a constant work in progress. Had there been more time between the demonstration and my holiday, I would have completed a full series in order to aid the reduction of fat in the abdominal area and make my little muscles more visible.

As stated above though, should my lifestyle be less active and my nutrition more craving based the process would be pointless. Sure it may reduce the fat cells but I would still be ‘skinny fat’ with no change to my bodily composition and it would not result in a tighter look with firmer skin.

It should go without saying but as with all methods of fat loss, use them appropriately and responsibly.

My verdict though, is that I would definitely go back for this treatment if I was still struggling with moving the fat in that area.