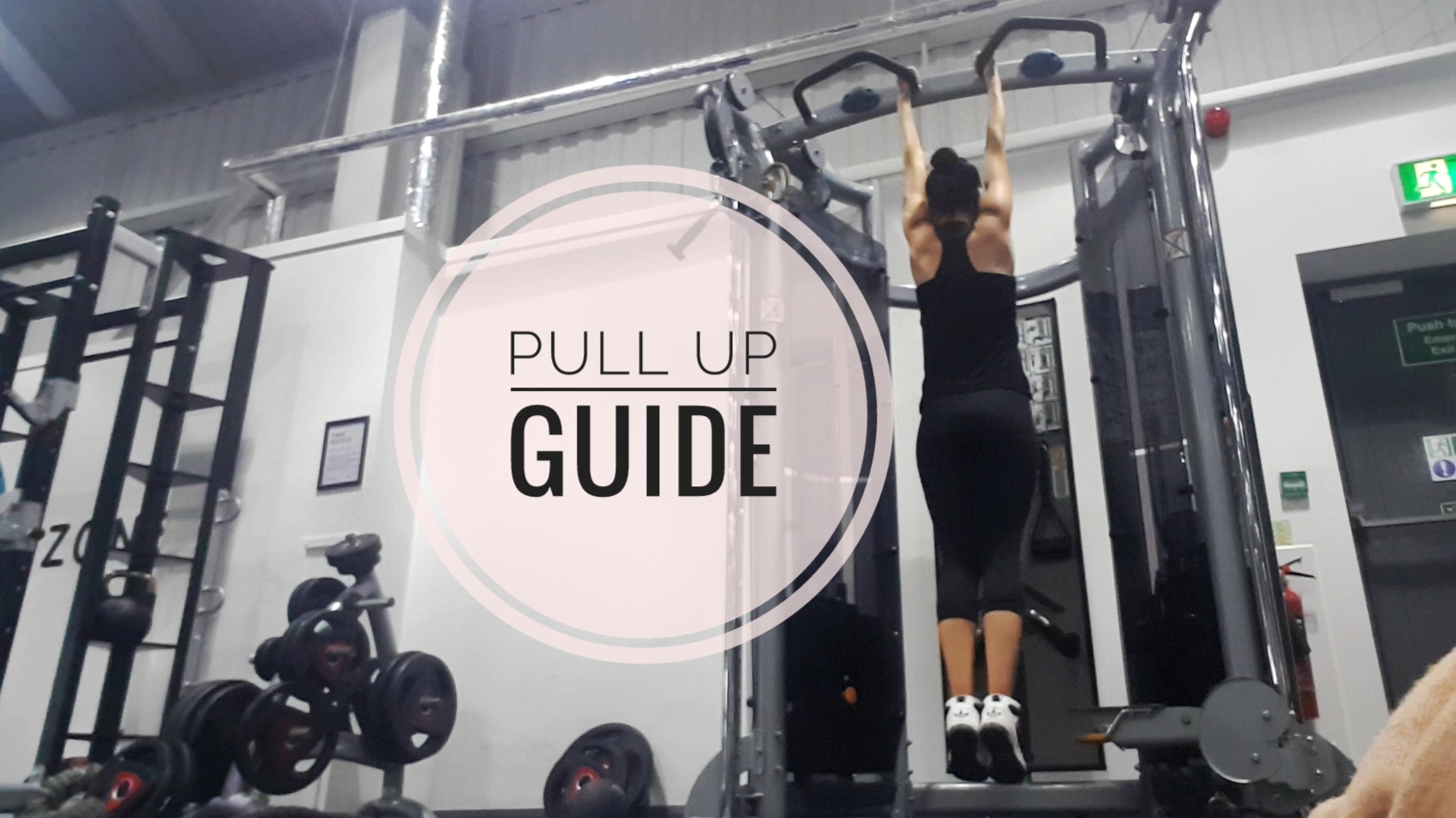 I am a lover of a good movie. I’ll take a movie over normal TV any day of the week. Nothing frustrates me more though, than those scenes where the character is helplessly dangling from a building of some description begging for his life. I seriously can’t be the only one who sits there screaming “just pull yourself up man, it really isnt that difficult!” for the character then go fall anyway leaving you sat there like; “well wow that was totally unneccessary”. *eye roll*.

I casually mentioned this frustration to Chris, following an even more frustrating episode of Law and Order, and when he finished laughing his response was simply to hold that thought. Which confused me no end but hey ho such is life. 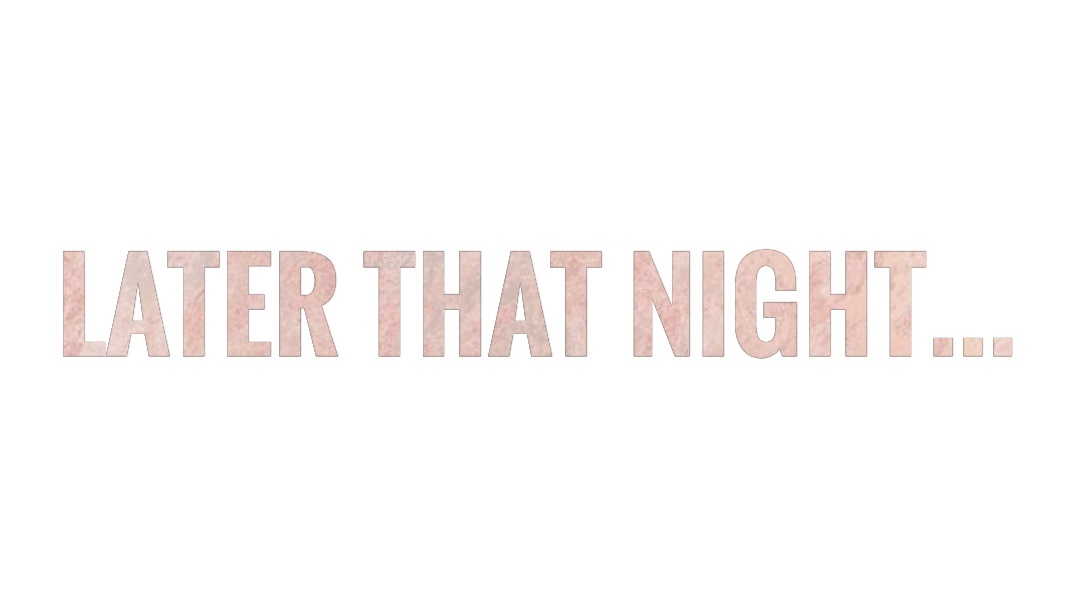 At the gym and Chris takes me over to the cable machine and tells me to do a pull up. Obviously, I just looked at him with a raised eyebrow like you mad. You know I cant do a pull up. Of course, I proceeded to try and failed spectacularly. A smug little smile emerged on Chris’ face before announcing, right now imagine your that guy dangling from the building…

Anyway, after that whole debacle I decided it was high time I learnt to do a pull up.

If you are following me on Instagram (@contourallure) – which you definitely should be by now – you will see that my mission is complete. Woohoo! Not to blow my own trumpet or anything but I can do 3 pull ups in a row now!

And so it is time to pass the baton to you, fellow fitfam. It is important to me that you too are able to be your own hero and pull yourself back on to that ledge should you ever need to (which I obviously sincerely hope you don’t!). In order to help you on your way, here’s a tried and tested guide to becoming a pull up pro:

What is a pull up?

First things first, it is important to know exactly what a pull up is.

So you’ve heard the term pull up and the term chin up – but whats the difference. You want to be able to do pull ups right?

Well, just as with squats, they are the same movement but there are variations/modifications that can be done to adjust the focal muscles.

Traditionally, a pull up is done with hands placed just over should width apart in a pronated (outward facing) grip. Whereas, a chin up is done in the same way but with a supanted (inward facing) grip. Saying one is different to the other is like saying a front squat and a back squat are not the same movement.

There are a ton of variations to each exercise as you’ll know but my advice is always to find the modification you are most comfortable with and work on strengthening that movement before altering the exercise. 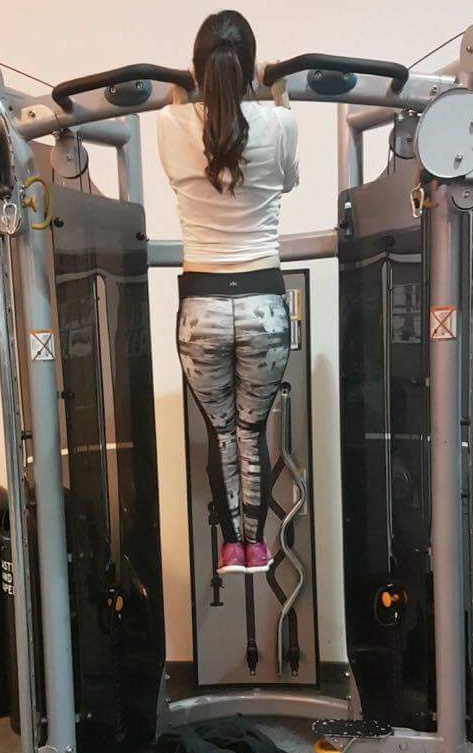 Which muscles are used for a pull up?

The exercise is a compound movement which means that there are multiple muscle groups working in order to complete the movement. Different variations of the exercise will increase the stimulus on different muscles but generally, in each variation the muscles at work will tend to be:

How to do a pull up.

Ok, technical stuff over, time to get to the fun life saving bit – training yourself to perform a pull up.

A quick google will alert you to umpteen methods of training to enable you to perform the exercise but below are my tried and tested methods and they definitely work. Video on my insta to prove it, if you don’t believe me (@contourallure).

This is good to give you a feel for the movement and understand how it is executed but in my opinion, and experience, this machine does far too much of the work for you, even on a low resistance weight thus encouraging you to be lazy and lulling you into a false sense of security which is actually more defeating than anything.

Defintiely recommend you give this machine a go so you can give yourself a feel for the movement but, I didn’t really get any more than that from it. (Infact, I find this machine more useful on leg day!)

This is definitely my recommendation for assisted pull ups. This is because this method forces you to use your body weight and actually pull yourself up giving you some assistance when struggling but you have to put the effort in to get that assistance in the first place.

This exercise sounds so simple but do not be fooled it takes A LOT of strength.

Hold yourself in the pull up position with your feet of the ground. Let yourself down and repeat. This will help to build strength and muscle mass.

Get yourself up to the bar and lower yourself as slowly as you can.

The slow eccentric movement will assist in not only building the muscle but also using it, which will definitely make life easier when you come to do the real thing.

Doing the opposite action for the same movement has its benefits. Much like when doing a deadlift, as oppose to focusing on lifting the weight up some people focus on pushing the floor away.