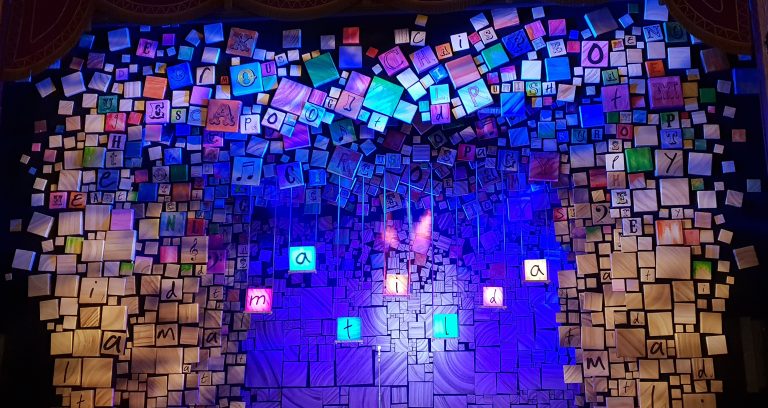 I have always been a bit of a book worm, as a child one of my most treasured possession’s was a big bright yellow hard back book housing a collection of Roald Dahl’s novels gifted to me by one of my aunts. As I am sure many a millennial will agree, a large part of our childhood was spent engrossed in the fantastic tales written by Roald Dahl.

When my boyfriend and I heard that the Royal Shakespeare Company were producing a musical inspired by one of the Roald Dahl’s most beloved characters to life, we knew we had to see it! We both not only loved the books but love the 1996 movie – there’s just something magical about it.

Unfortunately, running your own businesses whilst still being in full time employment is rather time consuming and despite constantly putting it on the to-do list, we never did get around to purchasing tickets. Thankfully, being part of the fabulous We Blog community came to our rescue, they had partnered with The Palace Theatre to invite a select number of bloggers to review the production. Obviously, I JUMPED at the chance!

From the moment we sat in our seats and set our eyes about the stage set, we knew we were in for a treat. The alphabet building blocks which remained a part of the stage set throughout the whole performance as well as being cleverly incorporated into the show from time to time paid homage to the original book and tied everything together beautifully.

As expected the show got off to a very loud, very colourful, very musical, very humorous start – we are fully engrossed.

Though funnily enough for me, Matilda was not my favourite character (don’t take that the wrong way though she was fabulous). In fact, I can’t award a top spot for my favourite character. They were all impeccable. However, special mention obviously has to go to Miss Trunchball who was depicted incredibly well, dare I say better than the 1996 movie adaptation?!  Played by Hayden Tee Miss Trunchball was portrayed with a wonderful concoction of both fear and humour which for me, meant she stole the show. The language, the movements, the costume – honestly just one great big bravo it was a showstopping adaptation. (I  would even say its worth going to see the show just to see Miss Trunchball).

The wormwood family also deserve a special shout out, they had both Chris and & in absolute stitches of laughter. Again, the outfits, the essex swagger, the choreography, even some of the more simple elements (you will understand if you watch *cough* *Michael* *cough*) was just incredibly well done.

The choreography was astonishingly intricate. With little (no) room for mistakes, it was fascinating, almost therapeutic to watch. Every element of the stage was purposefully designed and incorporated into the performance which just goes to show the levels of effort and dedication which have gone into this magical production.

However, I do have to say if you are imagining it to be an exact replica of the movie you might as well stay home and just watch the movie. This is an adaptation written by Australian comedic genius, Tim Minchin whose witty ways are prevalent throughout.

I personally felt that the show was hilarious with some much darker undertones than that of previous versions of Matilda. It was genius and we thoroughly enjoyed every moment.

After watching the marvellous adaptation, it is very clear that Matilda the Musical is most deserving of the over 85 international awards received since first opening in 2010. Embarking on their first UK tour earlier this year, I feel so lucky to have been able to amongst the audience of one of their many great performances.

The production will be at the Palace Theatre Manchester until November 24 so there is still plenty of time for you to get your tickets and see this fabulous show for yourself!