THE GYM IS THE EASY BIT

I bet that’s a phrase you’re sick of hearing. I know I am. However, it is frustratingly true. Whatever our fitness goals, we spend a lot of time, effort and energy in the gym and it can all be counter-reacted in a matter of minutes. How annoying!

If you are wondering how, I can tell you in as little as two words, ready? Food. Drink. I mean there are obviously other factors that send progress right down the toilet but food and drink are the biggest, most common flushers.

Fortunately, there are products available on the market to try and make it that bit easier for us. One of which being protein shakes. To very quickly and very briefly summarise, protein shakes are a really good way of making sure we get in enough protein as it is this nutrient that aids with recovery and causes muscle growth (which essentially is the goal of the majority of gym goers). If you want a more in depth look at protein, its role and benefits have a read of this.

As it happens though, a lot of women don’t use protein shakes to supplement their diet because they believe that it will result in gaining weight and becoming bulky. I can totally understand this though, I used to be exactly the same and to be honest, its largely due to the way protein supplements are marketed. I would say that the majority of the market is aimed at men looking to bulk up. That being said, there are a few brands coming forward now and creating protein shakes specifically with women in mind.

One of those brands is SoShape. They are a Parisian company, you may have seen their stunning Instagram feed – it is very brightly coloured, full of pinks and blues, so feminine you don’t realise straight away that they product they are selling is in fact a protein shake.

I wouldn’t be put off by SoShape promoting their shakes as meal replacement shakes in order to aid fat loss, it is not a scam and it is not juice plus. Fact of the matter, if you do replace some meals with the shakes you will lose weight however, this is not the way I would suggest to use them.

SoShape sent me their 5-day reboot challenge to try and when I first read about the reboot and how the challenge was to be completed, it did put me off a tad but then I remembered.. Missy they are just protein shakes and that is EXACTLY how I used them.

I had two per day, one in the morning because I like to start my morning off with protein and also, I struggle to eat in the morning. The second after training because research suggests that the best time to have protein is in the 20 mins immediately post workout.

But you’re probably thinking, why am I telling you all about protein shakes AGAIN. Well ladies (and gentlemen), I don’t know if you have ever tried any protein shakes before but it’s a dang minefield out there. So many different options – whey/soy/pea, mass gainers, diet, isolate, vegan, organic – and that’s before we even get to the other ingredients and flavours. Anyway, you somehow manage to navigate this minefield and choose a protein powder supplement that you are happy with, get home, make it, taste it and then want to vom. Ladies, believe me when I say there are some absolutely AWFUL tasting protein shakes out there.

SoShape though, they’re shakes are so tasty. You only have to mix them with water where as some other proteins specify that they taste better with milk (I hate milk). The best part though, you can have them hot or cold. I know that doesn’t sound the most appealing right now but guys – a bowl of hot chocolate brownie shake. You’re welcome.

They don’t stop there though. They’ve actually gone beyond just protein shakes and now provide protein rich smart meals. I had the macaroni cheese one and the spicy pasta Bolognese one. They are still super simple to make and sooo tasty. I actually brought mine to work with me to have for my lunch (just to clarify, the smartmeals I used as a meal rather than as a shake with a meal).

The only thing I would say is that the consistency is rather powdery and I really don’t like that. Simple way to combat that though is just mix with slightly more liquid than recommended and voila, problem solved.

SoShape have very kindly provided me with a code to give to you, so that if you do want to give their smart meals or protein shakes a try be sure to use the code ‘MISSYCUSTOM’ at checkout to double the amount of flavours you get in any 14 or 28 day challenge. You are welcome. 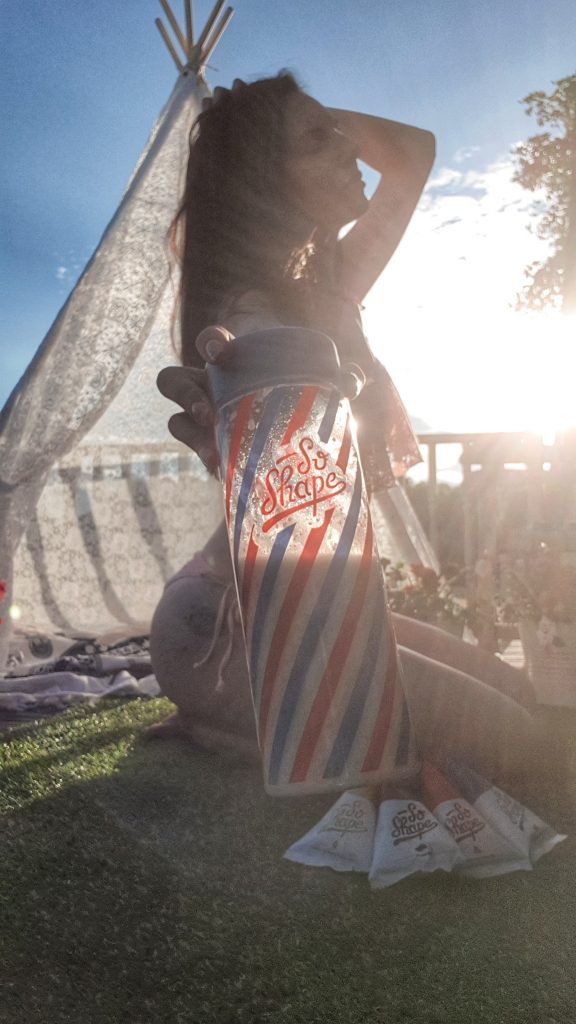 Disclaimer: This blog was written following receipt of SoShape’s 5 day Challenge in return for a review. Words and pictures are all my own.