As the busiest month of the year descends upon us, I was extremely thankful to attend KIHT Collective’s Christmas Yoga and Brunch event this Saturday. No better way to begin the season of stress than with a nice relaxing yoga session lead by none other than Sarah Nutribloom. 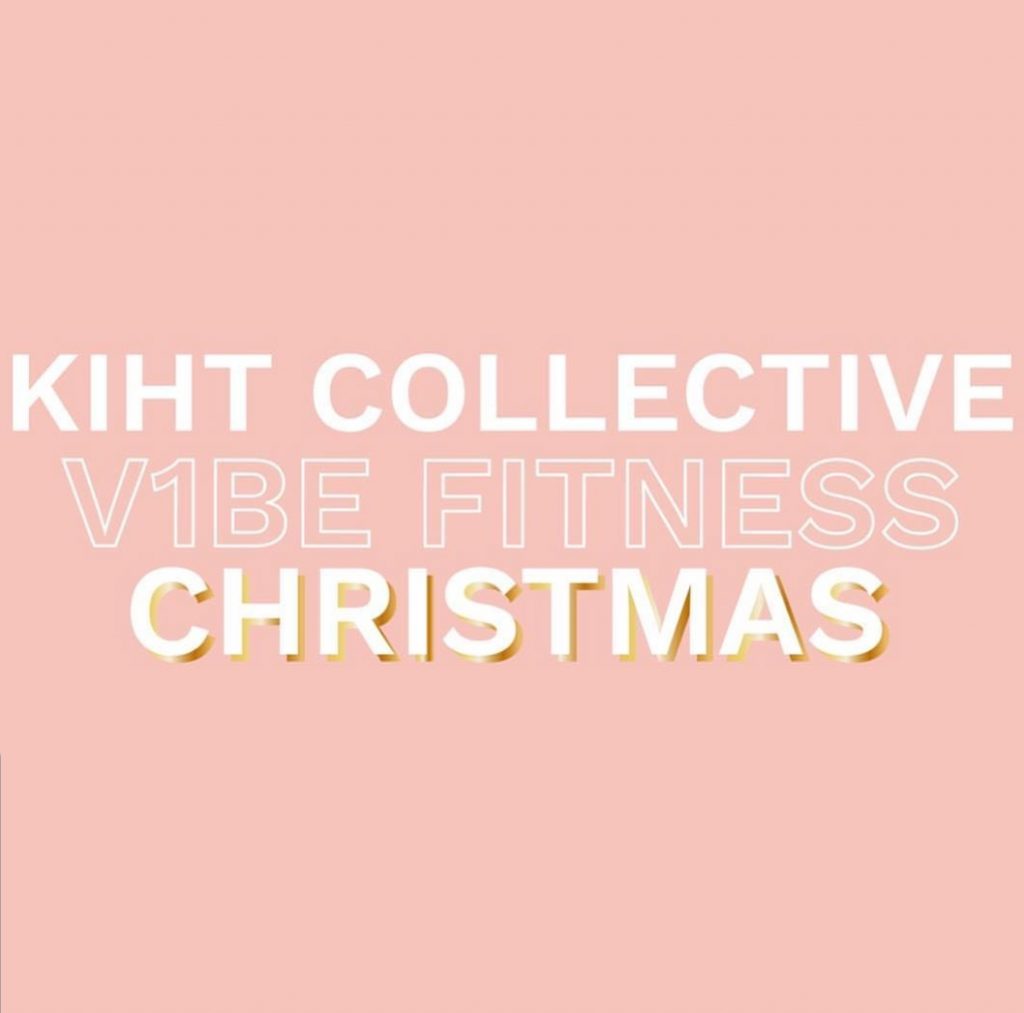 So on Saturday, I headed into a very wintery, rainy Manchester to V1BE Fitness, where the event was being held. Having never been here before, it was definitely not what I expected. Very different from your average gym. It was in a basement with no windows so, very dark however, each bricked alcove was lit with different coloured lights. In a dark room this was a GREAT effect.

Now, I have taken only one yoga class prior to this weekend and you may already be in the know that this class was also ran by Sarah as I wrote about it here.

This weekend’s yoga class was slightly different though. It was sensory yoga. Don’t worry I had never heard of it either, but sensory yoga uses colours and smells to help guide you through the different motions of the session.

As you can see in the picture, the yoga class took place in front of a projector screen. This same screen was utilised to show different colours throughout the session which all symbolised different emotions from calm and relaxing to energetic and creative. Sarah was on hand to explain to us what each colour meant as they appeared throughout the class.

One thing I have to say though guys, is don’t underestimate yoga. It’s work! I very naively thought that with there being so much focus on breathing and relaxation, that it would kind of be a walk in the park. I was wrong. For a girl that is fairly flexible and relatively strong, let me tell you some of those poses had me shaking!

There was one part I did find really relaxing though. Whilst we were all lay on our backs focusing on our breathing, Sarah came and massaged some oil into our temples then had us lie in the foetal position. If I am being honest, I was genuinely fighting falling asleep! Even with the shaking legs and standing in rather unnatural feeling positions, at the end of the class I did feel extremely calm and stretched. I know that’s an odd thing to say but if you have ever had a really good stretching session you will know what I mean.

But as I said, yoga is work and we had worked up quite an appetite. Luckily, Danielle the little babe that she is had arranged brunch for us.

Prepared by Sophia, a registered nutritionist we hard Bircher muesli and protein balls. All made from scratch using healthy, wholesome ingredients. Honestly, I am not usually a lover of protein balls or anything that has kind of an ‘earthy’ taste to it but Sophia nailed these recipes – I only wish I could recreate them at home but I am terrible at anything involving a kitchen.

Before we parted, we were all given personalised goodie bags from KIHT as it was their Christmas event and they were so cute! Filled with some amaaazing goodies too.

Apologies for the pic including wrappers but I couldn’t resist. I wonder if my tastebuds have changed or if there are a few companies out there that have actually mastered making healthy, wholesome treats without them tasting like they just came straight from the soil.