There have been some birthday celebrations recently which I have been dying to share with you! Chris is now a fully fledged member of Club 25!

I really wanted to make it one to remember for him. In my eyes, every birthday is special because you are only that age once. Not only that, birthdays are about celebrating the person and Chris is someone who really deserves being celebrated, he is my best friend, soul mate, my joker, my penguin, my selina, my bruce and my albert all rolled in to one big, dreamy slice of heaven!

Only problem was I had zero idea how to make it a stand out birthday. I just started searching things we liked for a bit of insipiration, the first one being  a program that we LOVE, in case you haven’t picked it up already – it was Gotham.

Well, I only went and hit the jack pot with that search didn’t I! First time lucky and all that. Little did I know there is a wee (grand) hotel in Manchester which is exactly what I was looking for; Gotham Hotel. Whilst not actually based on the series itself, it is based around the 1920’s-1930’s and has a definite aura of the glitz and glam of Gotham city within its walls.

Arriving at the hotel, ready to get the celebrations underway, we found that the experience and the celebrations came to us. Before you even set foot through the grand, gold and black doors of Gotham, you will find you are greeted with the uplifting sight of a sunflower yellow van (which I later discovered is named Gerald) and a bell boy, that looks like he fell straight out of an old school New York hotel, who will be on hand to help you with any baggage.

The hustle and bustle of Manchester was already fast becoming a distant memory. Inside the doors, a gentleman directed us to the 6th floor where the receiption is situated and informed us he would call ahead to speed up check in. How charming.

The minute those lift doors opened on the 6th Floor, we were in Gotham. No doubt about it. That lift was a time machine and we just stepped in to the glamour of the 1920’s.

After being handed a vodka & orange, along with our key, we were directed to the 4th floor where our executive room was situated.

Opening the door to our room took our breath away. From the chevron carpet, to the peacock pillows, to the faux fur throw, to the purple chairs, to the grey tiled bathroom, to the photographs on the walls, to the bank style laundry-bags;  this was my idea of heaven. Art Deco Heaven.

As stated in the Gotham brochure, everything is ‘glitzy, plush and unapologetically opulant Gotham’. No truer words have ever been spoken.

It was so nice to see that they had made an extra effort knowing it was Chris’s birthday, on the side there was a ‘Happy Birthday’ Chocolate plate with a lovely hand written note to go with it. What a nice welcome and added that extra something special for Chris. 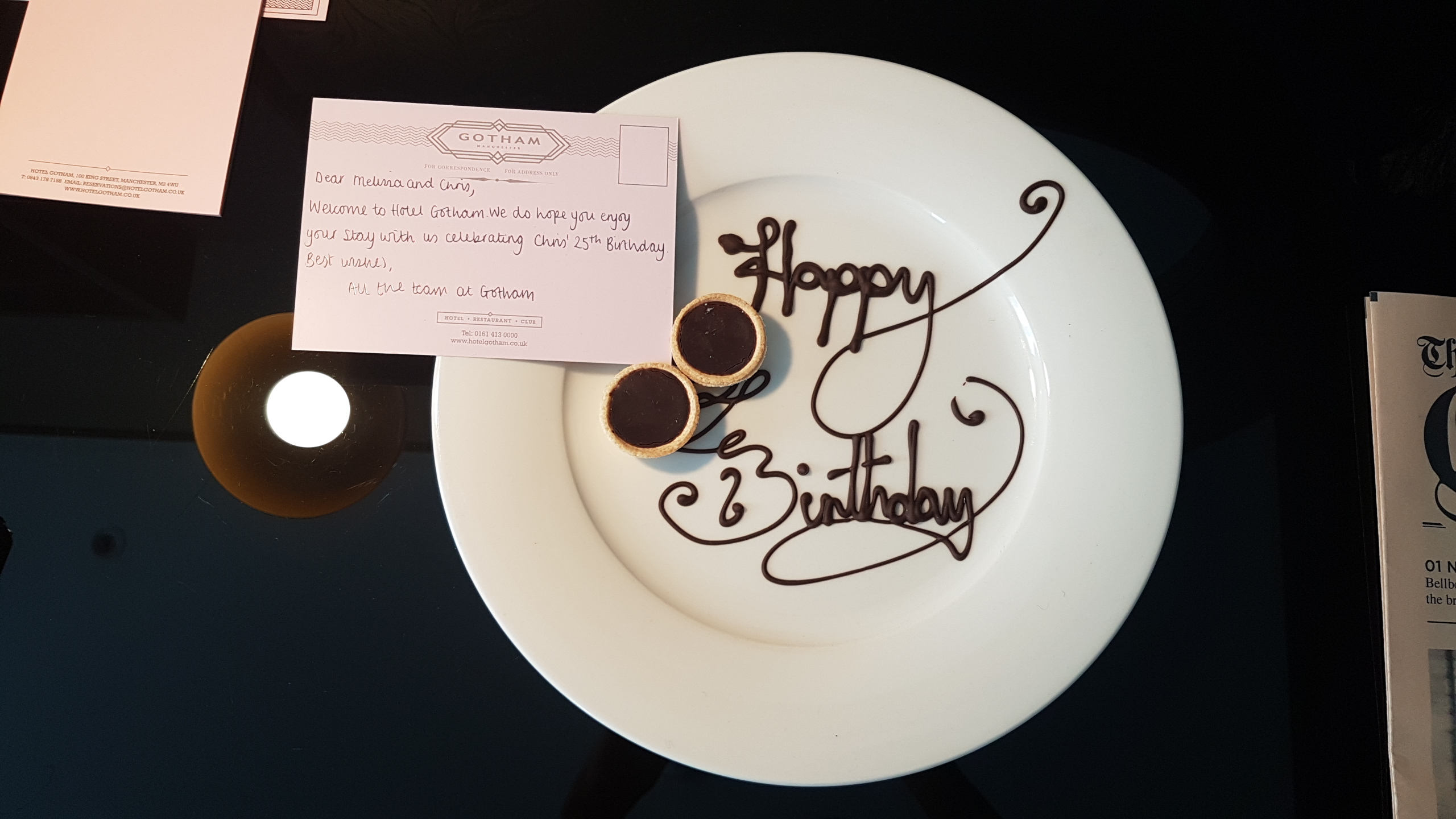 Straight into our waffle robes, we popped the champagne and had some well deserved chill time before getting ready for dinner at 7 (which ended up being 7.30 because I am a typical girl and have no concept of time!)

Dressed and ready, just about on time, we skipped on up to the 6th Floor again for our dinner reservation at the Honey Restaurant – which I joked to Chris I had booked out just for us because we were the only ones in there for a while. Benefits of a mid-week birthday and thus a mid-week stay.

It was perfect though. Seated at the end of the restaurant in front of a lunette window, we had a sensational view of the city at sundown.

Time to eat! The part I was most aprehensive about given that I am THE worlds fussiest pescetarian ever. Suprisingly, Chris and I both decided on the same main course; Stone Bass with cleariac, apple and walnut dukkah, with a side of baby potatoes and seasonal veg (kale, parsnip and carrots). Our waiter, who was most friendly and accomodating, introduced himself as Nicholas and was very pleased with our choices, stating that we had ordered well. Boy, oh boy, he was not lying either. Without a doubt, this was THE BEST meal that I have ever had. When it first arrived, I joked to Chris that it was a good job we had snacks in the room because the portion was not our usual mounted-plate standard but honestly, the food was so rich and so well done, a plate full was not needed and we didnt end up even touching the snacks in the room.

Desert was the part I was looking forward to most though. What can I say I have a sweet tooth. Chris ordered the Pretzel with blueberries, and peanut ice-cream whereas, I ordered the ‘Affago’  – Coffee syrup cake, smoked vanilla ice cream and butterscotch sauce. Nothing so wonderful has ever passed my lips. It was rich but oh my, it was heavenly.

The atmostphere was so nice we just sat chatting for a little while after we finished dinner but we eventually finished our bottle of wine and birthday champers so, decided to head on up to Club Brass. The exclusive, VIP bar with a rooftop terrace. I mean it was calling our names.

Bring on the cocktails.

Stepping out onto the rooftop terrace we had a fantastic panoramic view of Manchester at night, comfy seating and even a golden telescope but despite the heat lamps it was just too cold for me and my sparkly dress to bear so, we opted to sit inside of Club Brass, which very much echoed the banking history of the building. You literally did feel like you were the gold sat in a vault. The VIP’s in the exclusive bar. The cocktails just top it off. They look good and they taste better; let this be your warning though, view your cocktails as you would a woman; do not underestimate them due to their beauty, they are strong. They are not bog standard weather spoons-more-juice-than-alcohol cocktails that’s for sure. 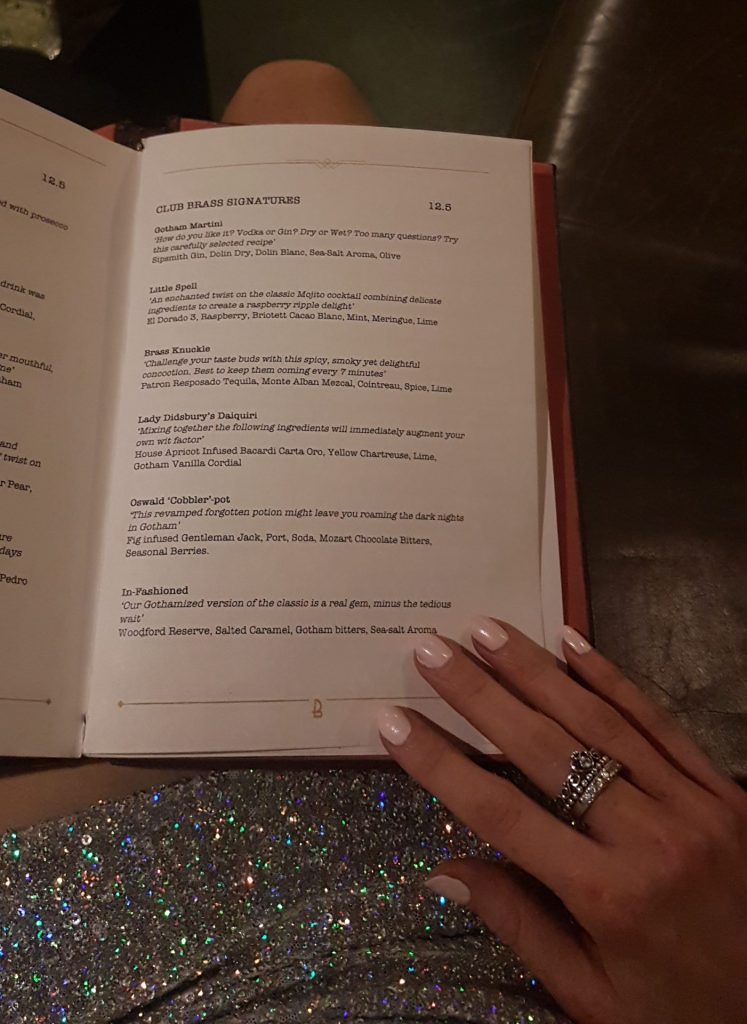 When our eyes started to blur we headed on back to the room to be engulfed in the massive bed and fluffy pillows because everyone needs beauty sleep – even on their birthday!

Up early, NEspresso’s made, we got ready to go for breakfast. Which took way longer than expected. This time it was not because I have no concept of time though, it was because the showers felt like you were standing under a waterfall and neither one of us was in a rush to get out. When we eventually did get to breakfast back in the Honey Restaurant, we were not the first ones in there again though, this time the place was already well and truly alive and buzzing.

Again, one of the nicest breakfasts I had, had. Continental breakfast buffet consisting of  delicious mini pastries, fruit, youghurts, meats and cheese. A bank style laundry bag of bread was brought to you on arrival along with a pot of tea or coffee – and that was all before you ordered you breakfast off the menu!

Remember I said I was a really really fussy pescetarian, well there was nothing on the menu that really took my fancy but there were bits of plates that took my fancy. You know you are in a top class restaurant when they accomodate your fussiness and make you a dish which isn’t actually on the menu.

Checking out was a disappointing occasion for the sheer fact we did not want to leave. But en route to check out, we passed a room called ‘The Ainsworth’ which is my family’s name. I took that to mean I have to return to stay in that suite!

Flashback to when I was researching the hotel before booking it, the brochure stated that ‘Gotham is presented as a plush hotel, with an exclusive club bar and a fabulous dining venue. It can be an escape, a multisensory experience and above all, a place to have fun.’ We spent just one night in this fantastic establishment and that quote absolutely encapsulates all that Gotham is.

The experience was more than I can put into words, I have tried to bring it alive as much as possible but the only way to share the experience with you, is for you to go and experience the hotel for yourself. If you do go, be sure to share you time their with us in the comments below!

Hotel Gotham, thank you for an amazing stay. No doubt we will be back in the near future.

A couple more snaps from our wonderful stay: 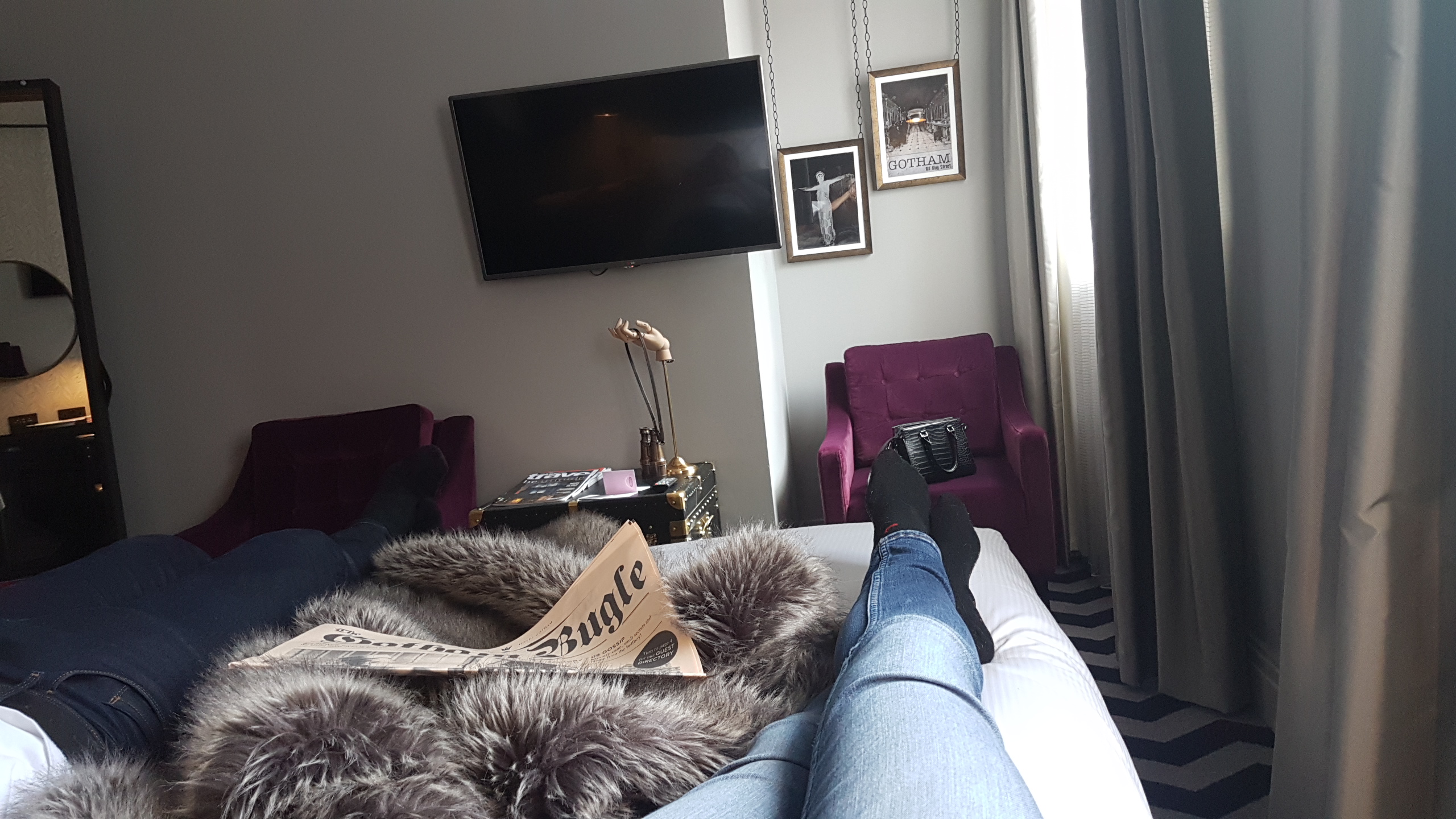 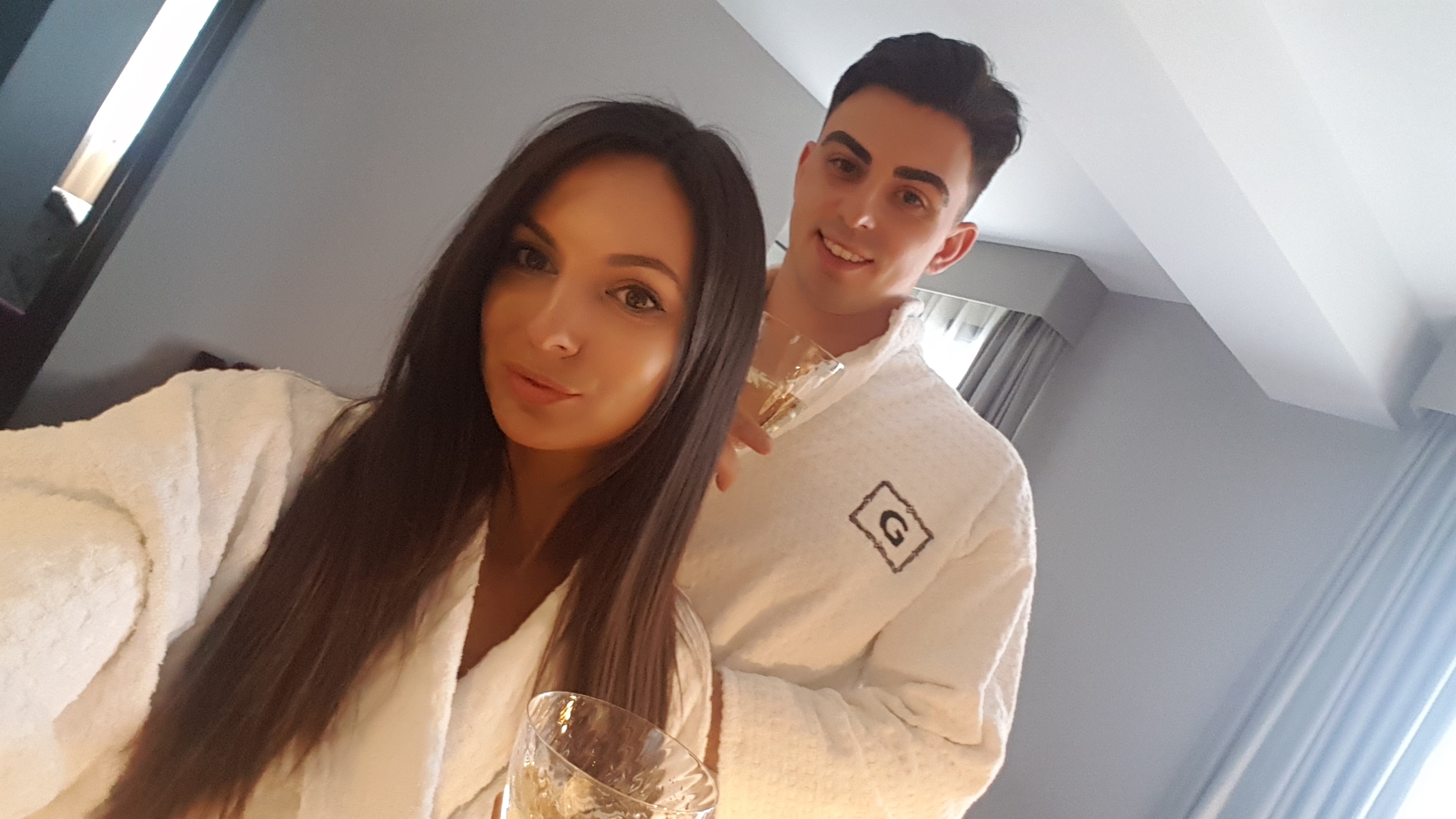 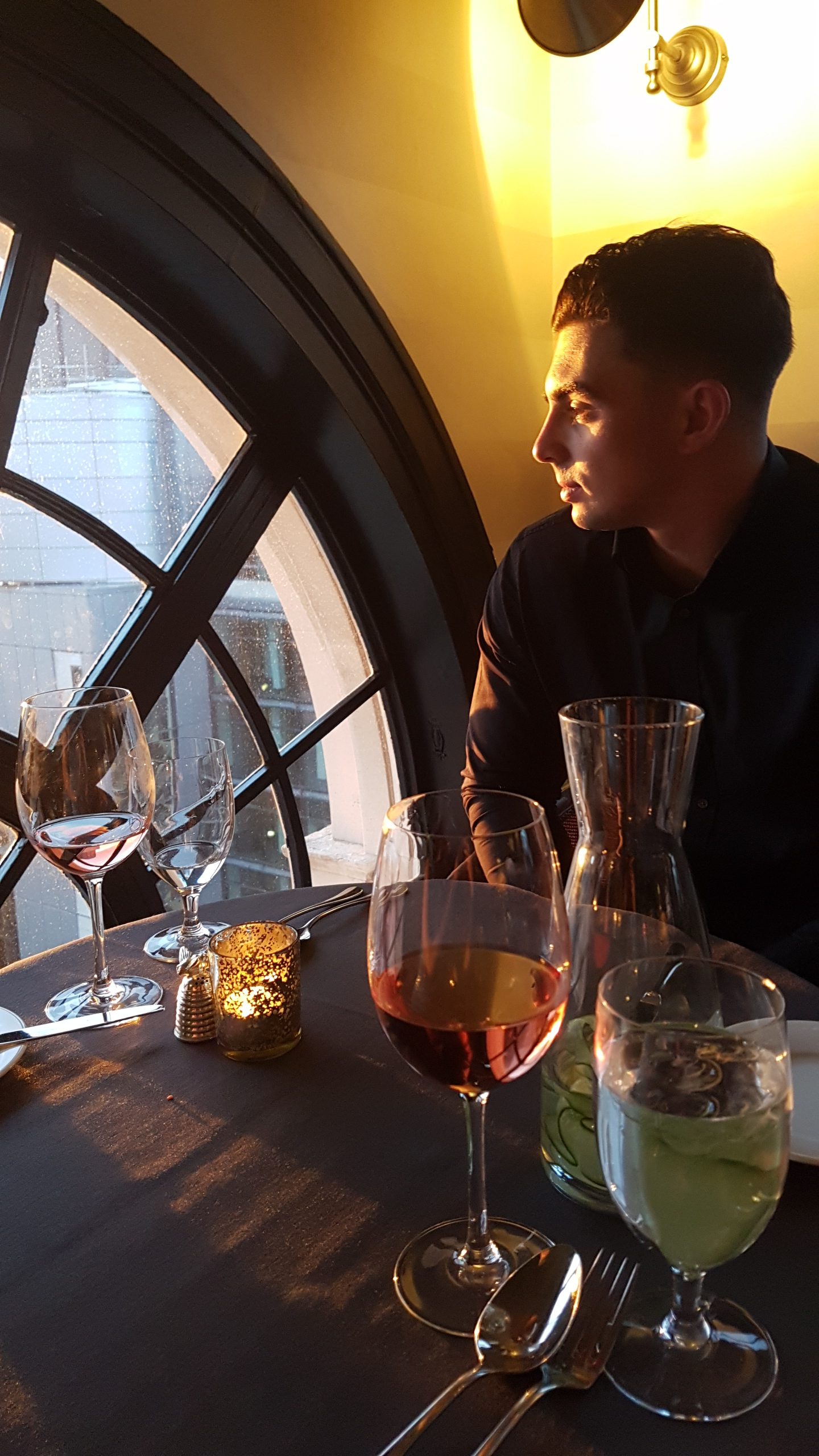 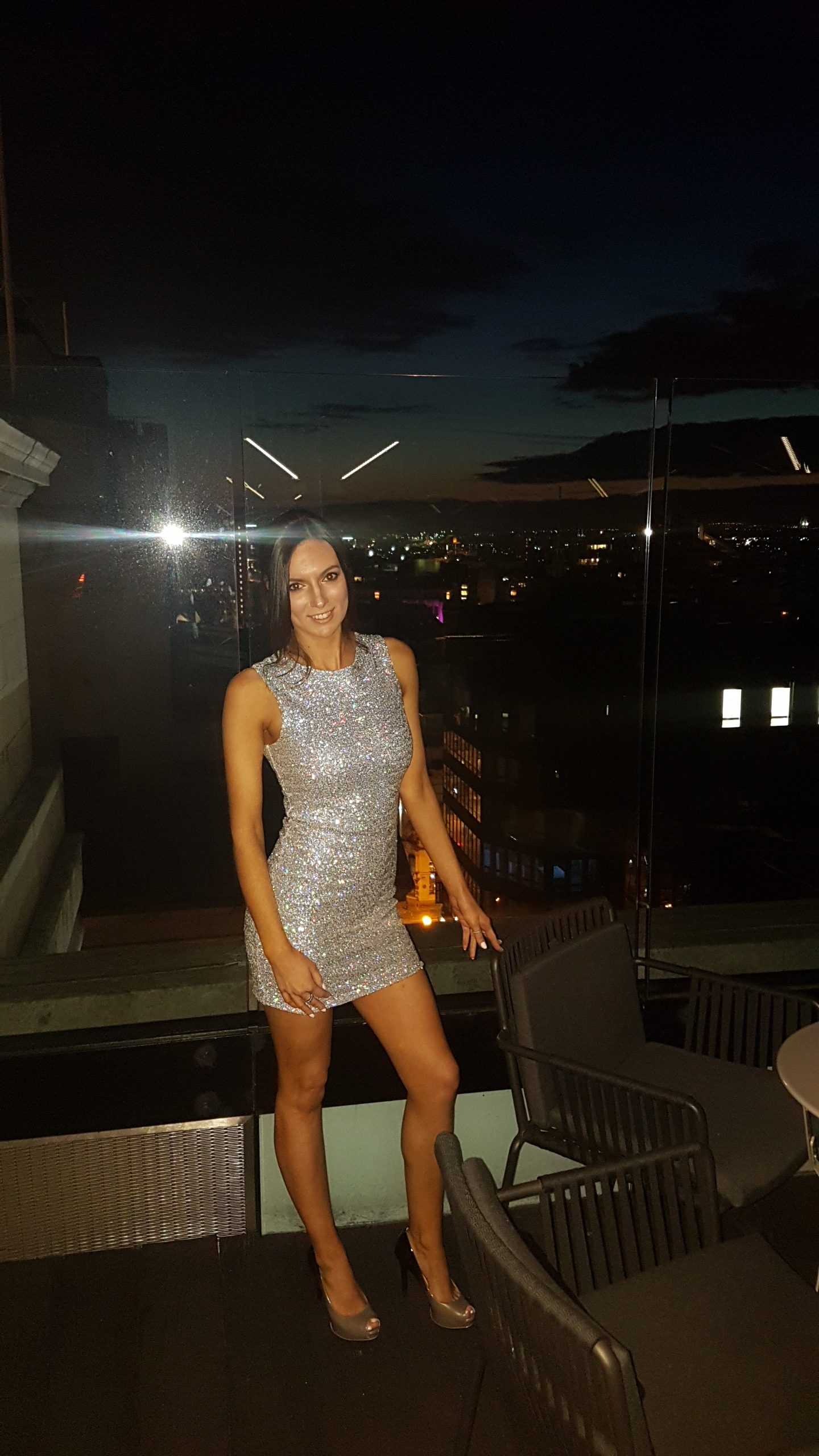 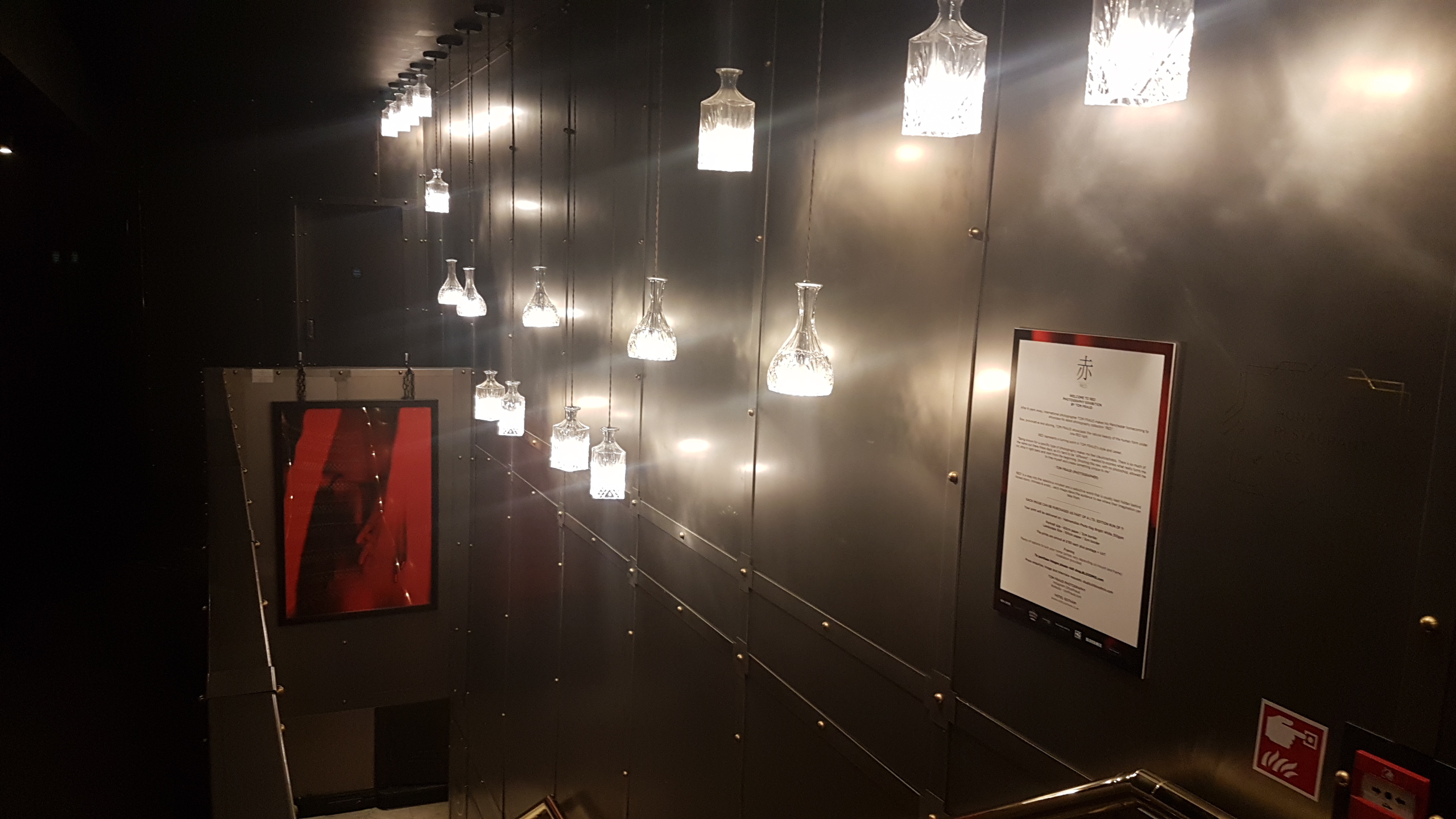 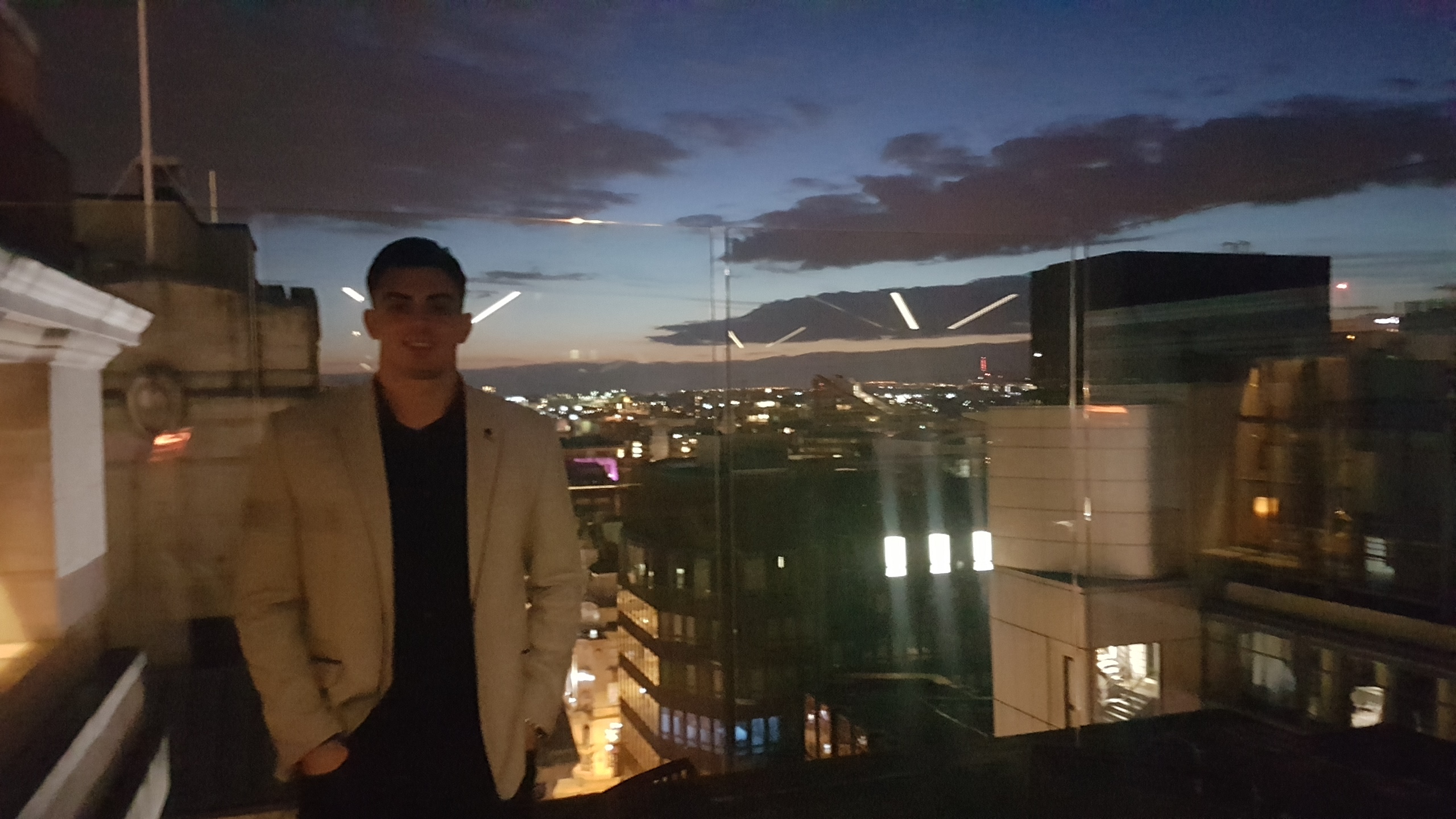 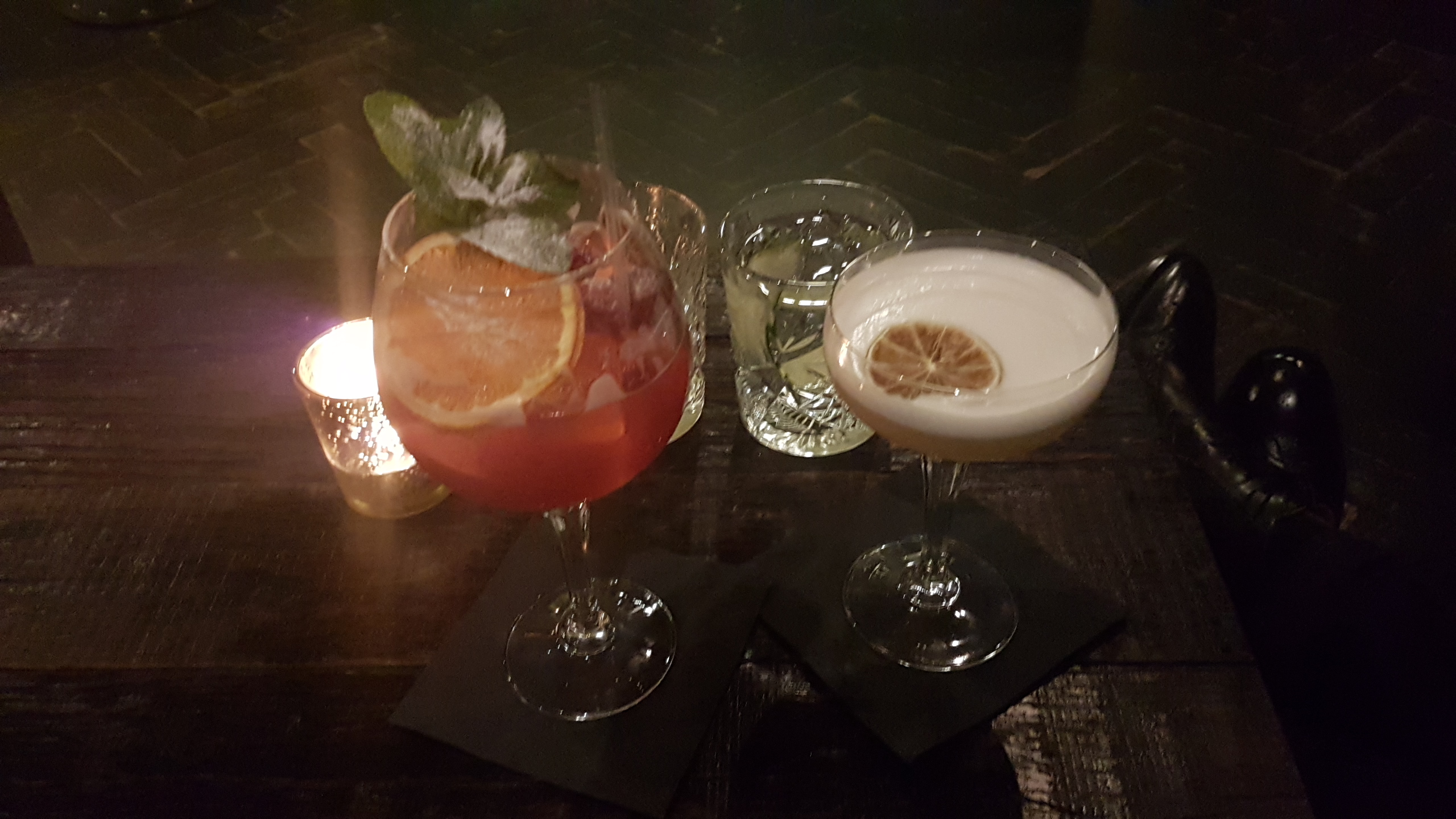 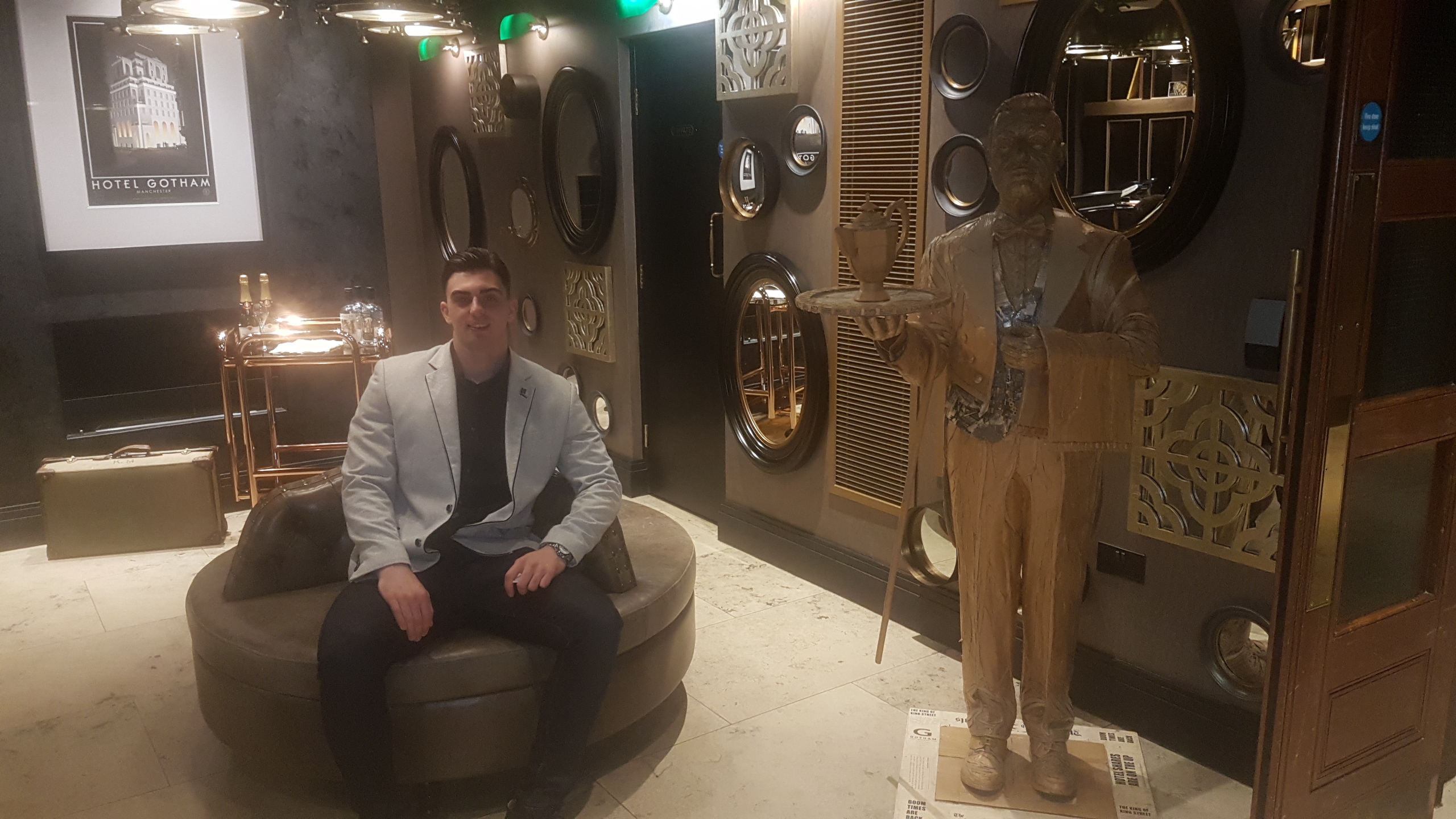